From ‘Hunches’ to ‘Evidence’ - by Dr.Sunita Gandhi

From ‘Hunches’ to ‘Evidence’ 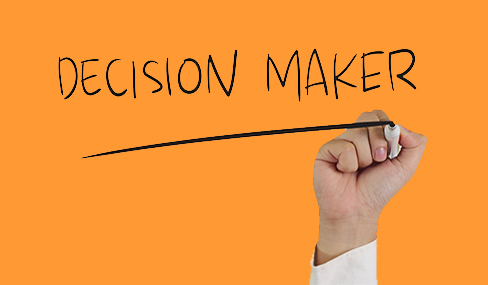 COMPARED TO SELF – Can Ipsative be the new ethic of education?

Education, as we know it, was designed for the times, needs and aspirations quite different from ours today. The goal of education in the 19th century was not every child’s progress, nor was it to bring out the best in each one, but rather to filter out the best from the rest.

It seems education has continued to use the principle of ‘compete with others’ as motivator to boost learning and exam results. But does this, in fact, produce better results? What does our ‘hunch’ tell us works better, and what is the ‘evidence’ for our belief? Just like the 200 year old blackboard, and its latest invention, the interactive smart board, we still teach from the front, just like we did ages ago. And, we still monitor assessments to communicate the exact same messages we did eons ago.

All assessments, including the so called ‘diagnostic’ assessments with their percentile scores intact, compare children. How useful it is to tell a student you are in the top, middle or bottom percentile of a ‘norm’. Yet, except for minor variations, such as allocating grades in place of marks, or adding comments, today’s report cards do not improve the self-esteem of the vast majority of students, nor do they answer the most important question, “What Next?” After all the effort that has gone into getting to and giving an examination, students get reports that are a judgment call on their ability, just like in the past, but they do not help them improve, and if anything, discourage the majority who are not in the top few percentiles.

Reports today still overemphasize marks and create the same ‘fixed’ mindset about ability that comes from relative distinction. Countless students feel from the very early on that they are not good enough, when in fact they should be feeling, “I am the most capable. My effort has made a difference and I can progress.” We cannot call a person less or more intelligent based on marks to start with. In spite of being of the same intelligence as measured by IQ, students often vary tremendously in their marks because of different rates of learning based on attitudes, level of motivation and effort. Recent research clearly indicates intelligence is not fixed, but in fact brain grows just like any other muscle that is exercised.

Again and again, data has shown children do better when they do not compete with others. They also develop a greater love of learning, undertake more difficult tasks, risk more, and are more intrinsically motivated. They also put in greater level of effort which means they progress more. After Roger Bannister broke in 1954 the sub-four minute mile barrier, hundreds did it, while no one had done it before. Roger and countless others who have created new milestones, or invented new things are witness to the fact that people who compete with themselves accomplish more.

Creating evidence for ‘Compete with Yourself’

To test these hypothesis for children in the real laboratory of education, I got a perfect opportunity in 2000 when a non-profit society I founded in Iceland won the bid to run Iceland’s first two charter schools. Here, we got the freedom to try out new ideas that would in time lead to new discoveries about what helps all children maximize their potential regardless of class size.

After several attempts that relied mostly on teacher-centric interventions, I realized these have had their limitation. For example, even though teachers had worked hard, the average improvement from the first test to the second some 5 months later was minimal in two similar tests given to Grade 7 students. Even though nearly half a year had passed, class averages had not improved much, and students had stayed put, by and large, in their relative positions within the class. What I soon discovered, this was not an isolated incidence, and that pretty much all over the world, similar interventions had produced a similar outcome, or an ordinary effect size. John Hattie’s largest meta-analysis of educational research shows most of what teachers ordinarily do in classrooms produces a 0.4 effect size or less.

So it was in Iceland that I began to test the hypothesis: Can students perform better when they compete with themselves? But how do we get the students to compete with themselves? The Icelandic experiment was expanded to include four schools in India in 2004 to 2008 period (in Lucknow, Guwahati, Varanasi and Goa) and six schools in the UK (in Dartington, Devon; Tooting, London; Bircotes, Doncaster; Hayes, Middlesex; Northolt, Middlesex (2 schools)) in the 2007/8 session.

The experimental work showed in order to compete with themselves, students needed better quality information about themselves than mere averages in the various subjects. Because comparison with others is so dominant a reality, an average says to a student you are not good enough in relation to others. This is when we began to provide detailed personalized reports in three-colour bands: GREEN: Mostly Know, BLUE: Somewhat Know, and PINK: Not Yet.

Most present-day advanced analytics and diagnostic reports can only yield a binary response: Ticks and Crosses or Right or Wrong, while a child’s reality is rarely just black and white, relative ranks and percentile scores. The three-colour reports, generated using more advanced measuring instruments, were a far better psychological response. In addition, instead of indicating ‘Poor’, a judgement of a child’s ability, ‘Not Yet’ implied something vastly different. It said you are not there yet (and therefore you will get there at some point).

Again and again, it has become clear that there is a simple fine line between a student knowing something and not knowing it; within minutes or even seconds a student can correct what s/he did wrong with or without external intervention. But information is rarely presented in this manner, and if it were, an indicator of success would be reduced or negligible within-class-variability. Why do we still get a bell curve with certain students getting vastly poorer marks than certain others; why is there much within-school variability; and why is there a huge divide about capacity in our mindsets?

More refinements to the original experiment not only pinpointed to the students their areas of need but also provided support for every child’s growth through personalized smart study plans that followed CWY diagnosis (CWY—Compete with Yourself). In addition, students were given personalised study solutions (small booklets called Perbooks or personalized worktexts, that are now byte sized lessons on iPads) that match every student’s personal diagnosis.

When students began to improve in their performance in the follow-on tests, improvements large enough for them to measure for themselves, they realized how small little things were holding their potential back; we began to see a rise in personal ambition and self-esteem of the students. We began to witness more effort and a greater level intrinsic motivation. When students got their ‘CWY—Compete with Yourself’ feedback, along with personalized smart plans and study solutions, they were able to improve quite significantly.

This experience has been documented in a book by Prof. Gwyneth Hughes: ‘Ipsative Assessment and Learning Gain’, scheduled to come out by end of 2016, and published by Palgrave, UK. The book develops a radical evaluation of assessment to encourage learners to celebrate their individual progress and learning journey. It questions whether it is fair to elevate progress or to place excessive emphasis on test results. It also builds on a range of global case studies across educational contexts to highlight the benefits of ipsative assessment. Ipsative in psychology means ‘compared to self’.

From a macro philosophical point of view also, education in its present form is highly competitive. This seems to exert a harmful influence as it teaches students to develop their ego and to exalt themselves above others, as if education’s goal were to achieve self-importance, success and power. Instead, we need to teach how the human soul needs to be adorned with virtues of humility. By keeping our minds on others, we lose a sense of ourselves, our true and innate selves.

So, why not embrace the Ipsative

We are not proposing that competition with others is completely removed from education. However, what we are proposing, based on evidence, that we recognize its limitations and promote use of the ipsative instead. Summative average is the most damaging number. Let it stay where it belongs: the 19th century. Let’s move over to more meaningful feedback; feedback that propels action towards greater self-discovery and improvement.

We invite your school community to try out the principle of ‘compete with yourself’ and move away from mere ‘hunches’ to create your own ‘evidence’, and thereby create better circumstances for every child’s maximum growth. Implementing the new ethic will yield a far better outcome, regardless of class size or economic constraints.

Dr Sunita Gandhi is a globally recognized educator, author, innovator and researcher. She is the Founder of Council for Global Education (USA), Edison Education & Dignity, Education Vision International (India), and the Education Society of Iceland (Islensku menntasamtokin ses). A Ph.D. in Physics from Cambridge University, UK, she has travelled to and studied education systems in 38 countries.

From ‘Hunches’ to ‘Evidence’